Interview with Florin Flueras at the end of Rad.Ost residency in Sofia 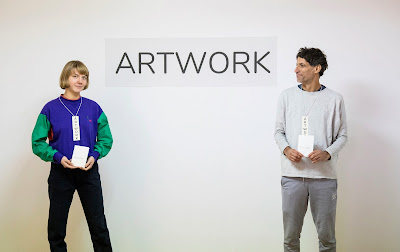 -What do we need to learn, know, practice, before we enter the stage of Unlearning, and why is it important?

Our contemporary cultural certainties, paradigms, implicit knowledge, implicit perspectives are what creates reality, "the world". But the world becomes more unlikable by the day. It seems that what we learned, what we know as society and as individuals who compose it, has to completely change, we just have to unlearn, unknow and undo a lot, if it's not completely too late. The main axioms of society should be undone, especially nowadays when the remains of freedom are disappearing and the new normality becomes increasingly dystopian.

To "know" too much and too sure is a prison. A vicious circle, as Clarice Lispector was saying “I can understand only what happens to me, but only what I understand happens.” Somehow we should find ways to jump over what we know, over ourselves. We have to learn to admit that we don't know, and to open up a slight chance for a future, if it's not completely too late.

-What is the relation between imagination, physicality and therapy?

I prefer "dreaming" to imagination. Dreaming in the sense of creating reality, as it is used in many indigenous societies. In current philosophy of mind and neurosciences is more and more present the idea, compatible with a lot of spiritual traditions, that everything is a sort of dreaming or simulation, even ourselves. That everything is virtual reality, in a way. And that this reality is very dependent on our perspective, consciousness. Quantum physics is also suggesting something like this.

According to hyperstition theory, you don't have to believe, you just behave as you do, and the fiction becomes real. Many mystics are saying the same, you just pray, meditate or do other spiritual practices, and the religious experiences will come. And from the experiences the belief. The body creates reality out of imagination. Then the question is what are the fictions that are better to believe in? Because clearly the current implicit beliefs (scientism, physicalism, and, according to Illich and Agamben, medical religion) that shape our bodies and realities are bad fictions.

There is a strong connection between body and mind. The body states affect the dreaming. And the other way around, the embodiment of dreaming opens the way for a different physicality. Psychoneuroimmunology and epigenetics are increasingly showing the high degree in which health and healing are connected with patterns of behavior, thinking and feeling. Immunity is strongly correlated with our attitudes toward ourselves and reality. And with our emotions, fear is an immunosuppressant. There are hundreds of researchers that are trying to bring this perspective in discussion, but they are burrowed under the discourses of fear and substances based medicine that is very profitable. But maybe we should diminish a little the faith in the new priests – the official experts. For the most part of human history healing was considered an art, for good reasons.

-What is Art for you?

I'm interested in art as practices that activate new ways of seeing, feeling, being. Practices that affect the edges of human behaviors and conventions. It is an idealized idea of art, in practice art is always powerfully shaped by the type of society in which it takes place. In our homo economicus based society the accent is a lot on art as products, objects and spectacle that can sell on the market. But still, there are many interesting artworks with interesting practices behind. And these practices, perspectives, thoughts that are implicit or explicit in an artwork, are what interests me.

Art can affect the available sensibilities, forms of thought and experiences in a certain environment, it can change the conditions of possibilities. There is a lot of art that breaks its own conventions, art that changes the idea of what art can be. These meta, transcendent operations are valuable in themselves, because they can be transferred to other domains as general capacities of seeing and acting beyond the conditions, possibilities, certainties of a given environment. And these meta-capacities seem to be clearly missing in our times when everything must change, but the only idea that we seem to have is to increase the dystopian elements of our reality. Nothing truly different in thinking and practice seems to be possible, we don't have the meta-capacities, the practices for seeing and acting beyond the default axioms, certainties that compose our world. Now this is even more so because it is becoming a crime to think and move outside the main perspective. But good art always operates outside the main perspective.

-Do you understand your practice also as a spacial practice? How far your projects or interventions mean to transform the space where there are taking place, and in which way? Tell us also more specifically about ARTWORK and how it appear in the space of Swimming Pool.

I'm interested in the abstractions that make the space. Every space has an abstract substrate constituted by its implicit conditions, axioms, gestures, affective atmosphere. That's the point where I'm interested to intervene. I see the space more like the zone in Stalker movie, alive, it can affect and be affected. This is also what quantum physics seems to say, that the objective reality, even time and space, are completely dependent on consciousness that observes it. The space is not fixed, it can change. It's usually stable because somewhere in the background we automatically know how to read it and how to integrate ourselves in it. I'm interested in practices and situations that affect the space itself – the substrate of what is possible to think, perceive and feel in a certain environment.

Artwork, at Swimming Pool, aimed for a space that is not so obviously readable, especially because of our ambiguous presence (gallery guards / Artwork method representatives / artworks), and the ambiguity of the situation, exhibition, somatic method launch, performance, workshop, therapy. The visitors / clients had to negotiate their presence there and readjust their automatic readings of the context. The challenges of the implicit readings and adjustments can open new possibilities in the space.

-How is your practice meant to transform institutions, or more generally, instituting itself?

There is a general atmosphere in the artworld, certain topics and aesthetics are in and others are definitely out. In Artworlds (with Alina Popa) we tried to create alternative artworlds – complex compositions of people, concepts, processes, capacities – artworks as artworlds (Unsorcery, Black Hyperbox, The Clinic). We didn't call them institutions, because they were more than that, we called them esthetic entities or artworlds.

Presidential Candidacy (initiated with Ion Dumitrescu) was again playing with the ambiguity of being an art institution and a political one. We did some of the presidential campaign activities before the legal terms, because we were "an art project".

Artwork continues in a way this playing on the territory of official institutions. But it's definitely a more ambiguous game this time. It has also a dismissive attitude for institutionalization and professionalization. It implicitly says that you can do your own methods, therapies, spiritual practices, institutions. You don't need to submit and adapt yourself to the existing structures, like is usually the case in the sphere of health, spirituality, and in art as well.

Institutionally the space for thought and new ways of experiencing is diminishing fast. Identity politics and wokeness created a policing atmosphere, and made the institutions very stiff and afraid. And now, in this globally imposed situation, things are just worse, the atmosphere is like the official perspective just cannot be questioned, criticized, discussed anymore.

- Why artists should(or should not) travel to a foreign country? Is there any benefit of that, apart from making use of the funds that are available there? If yes - what is this benefit?

As I see the trends now, this artistic traveling might stop soon. That would be a pity. It is very valuable to cut yourself from your home environment once in a while. For immersing yourself in a new work, to take distance from your habits can be a big help. And a new environment can bring new inputs, new situations.

It is also important to interact with other audiences. And to audiences is important as well to meet other artists and proposals. It would be very sad to regress again to closed societies, to local inbreeding between artistic communities and proposals, to lack of dynamics, stagnation and provincialism. I see that a lot of online residencies appear. They could be helpful for artists to survive in this period of art as ”non essential work". But they are not a replacement for real residencies.

In art, especially in performance, the embodied experience is very important. In performance there is a long history of going against representation, against spectacle, but the new online conditions are a regress to just that, disembodiment, and everything just image and representation. Now the entire society seems to be just spectacle. From the ways how media and behavioral experts maintain the fear, to our forcedly choreographed movements, presences and absences in public spaces, to our proximity avoidance gestures in our imposed mouth and nose costumes.

- This is your first time in Sofia and in Bulgaria - is there anything that will you take with you from the context, the way of life, artistic practices and/or the milieu here?

We're living in a globalized world, it's very difficult to find something truly different and truly inspiring, unless you go in the middle of Amazonia or something like that. There are poorer and wealthier countries, but for what I'm interested in my work, alternative forms of life, subjectivities, the differences between countries are too small to matter. The forms of life are quite omogen globally, so they don't become the subject of my work. Paradoxically, only the international artists can inject some deviations in this globalized subjectivity, shaped by current international policies, values and mentalities.

The pressure to work with local issues or communities sometimes can be a way of keeping the artists apolitical. If there was any doubt, the recent events, the way how global policies and fears were globally implemented, the disappearance of any semblance of democratic politics, makes it clear that we're living in a globalized world, and in order to have any sort of political reach, you should work with global, universal issues, you have to meet this global power where it operates – at the level of production of subjectivity, of the new human, or trans-human, or whatever it is. All new politics need to have the human terrain ready, otherwise they don't hold. The current fear based measures and policies are possible because, as Ivan Illich noticed, a mutation happened from the 80s on, people were starting to have "medical bodies". But the forming of life can be the practice of artists as well. At least I'm very interested in this, and it's an universal project, not local. A very difficult one.

Still, the fact that we lived three months in Sofia, influenced our work and our lives. We liked being there. On the way to Sofia from Bucharest, from the train you can see a lot of ruins, a lot of industrial abandoned buildings and machines, it had a post-apocalyptic vibe, but somehow a pleasant one. This lock in the past feels good, now when what we're accelerating towards, is much more dystopian. We were glad to be in Sofia because we had the privilege of still being immersed in the old normal for a while, the measures and people were more relaxed than in other parts of Europe, and that made the work possible, actually. Because it's really difficult to summon the motivation for doing art in the middle of full dystopia.